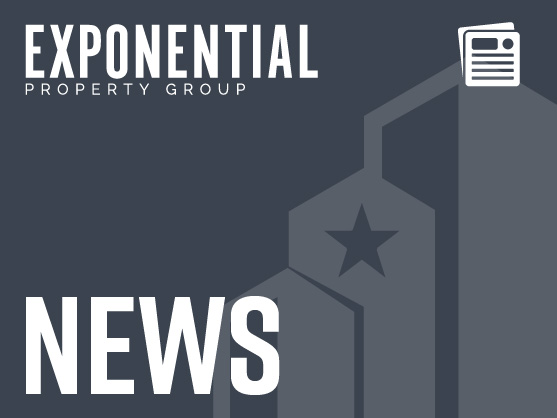 DALLAS — With roughly 10,000 new residents moving into the metro area every month and more than 100,000 jobs already created in 2017, the Dallas-Fort Worth (DFW) metroplex appears poised to handle any challenges thrown at its multifamily sector.

These obstacles include absorbing the 35,000 or so multifamily units expected to come on line in 2018, maintaining positive rent growth of 3 to 4 percent and navigating a constricting labor market to ensure new projects stay on schedule.

For the real estate professionals who spoke on these issues at the InterFace Multifamily Texas conference on Sept. 13 at the Westin Galleria hotel in Dallas, there wasn’t much dissension as to whether the market can handle these tasks. The bigger question among the panelists was what, if anything, could crash the party.

Moderator Rob Key, senior vice president at HFF, invited the four panelists — all of whom work for DFW-based firms that offer investment platforms — to share their insights on what they believe is the single-biggest threat to the continued growth and prosperity of DFW’s multifamily market.

“Property taxes are definitely going to cause some trouble, especially when prices are rising and you have to underwrite at 95 percent of the purchase price,” said Radaker.

Adrian Lufschanowski, president of Thrive, FP, cited a lack of inflation as problematic, mainly because it’s an indicator of an impending shift in the cycle.

“Although we don’t see ridiculous leverage or other economic catalysts to suggest change is coming, we’ve already blown through the longest part of the cycle and it just keeps going,” said Lufschanowski.

“It’s not uncommon for our acquisitions department to be $2 million to $3 million off the winning bid,” he said. “But we’re not willing to pay the higher price.”

“Dallas has poor public transportation,” said Vaz. “If Amazon doesn’t select Dallas for its new headquarters, that will be a major reason. That’s the key to the whole state becoming stronger, figuring out how we can use public transportation to make the triangle between Dallas, Houston and Austin/San Antonio more vibrant.”

Vaz also highlighted the importance of the metro area’s continued support of its labor force — a key factor in drawing out-of-state businesses to DFW — primarily in the form of greater spending on education.

Matt McGraner, managing director at Highland Capital Management, rounded out the discussion with an explanation of how the heavy volume of capital flowing into multifamily could spell trouble.

“When assessing the market in general, we ask ourselves, ‘If you have to allocate capital to real estate, where do you want to be?’” said McGraner. “Right now, retail and office dollars are flowing into multifamily because there’s a bias in the public markets toward anything residential.”

McGraner noted that he also expects more capital to shift away from DFW’s multifamily assets and toward technology-oriented real estate, such as data centers and cell phone towers.

We are a multifamily operator with a proven ability to unleash value. We are committed to our investors, our employees, and the residents who call our communities home.

Lisa Harris is the Director of Operations for Exponential Property Management. In this capacity, she is responsible for driving property performance, monitoring market performance, and providing leadership oversight to a growing team of regional and property managers.

Lisa has over three decades of experience in multifamily operations and property management. Prior to joining Exponential Property Management, Lisa served as a Regional Director for W3 Luxury Living. In this capacity, she provided directional leadership supporting the businesses property management efforts. She has also held significant regional leadership roles with Monogram Residential Trust, Behringer Harvard, and Lincoln Property Company.

Stan DeMille is the Director of Construction and Development for Exponential Property Group. In this capacity, he provides strategic leadership and direct oversight to the construction aspects of the firm’s ground-up development and value-add renovation projects.

Stan has nearly three decades of architectural and construction management experience. Prior to joining Exponential Property Group, Stan was a Senior Project Manager for Jones Lange LaSalle where he was directly responsible for managing the ground-up development and redevelopment of Chick-fil-A’s throughout the Southwest. In this capacity, he handled all aspects of development from managing relationships with municipalities, architects, civil engineers, and vendors to ensure timely project completion. He also held various construction and development leadership roles with Bar Louie Restaurants, Lact Call Operating, and Consolidated Development Services.

Stan holds his Bachelors of Science in Architecture from the University of Texas at Arlington. Stan spends most of his free time with his wife and twin boys. He is actively involved in his sons’ extracurricular activities including theater, rock climbing, and baseball.

Sterling Worth is the Vice President of Finance and Acquisitions for Exponential Property Group. In this capacity, Sterling leads all investment sourcing and analysis efforts for the firm, as well as debt and equity raising, and asset management.

Sterling has nearly two decades of institutional commercial real estate investment experience where he has a multi-billion dollar track record of successful capital placement spanning all commercial real estate asset classes. Before joining Exponential, he spent over a decade with Invesco Real Estate, and several years with Clarion Partners.

Sterling holds his Bachelors of Business Administration from Texas A&M University. Most of his free time is spent with his wife Natalie, his daughter Lily, and son Turner.

Francis Murphy is the Director of Operations for Exist Multifamily. In this capacity, he leads a team of operations, sales, and business development professionals for the materials and graphics businesses, respectively.

Prior to joining Exist Multifamily, Francis owned and operated a Junior Soccer Club in the United Kingdom. His passion for teamwork, development, sports, and giving back to the community fueled his leadership and propelled his success for over a decade in the profession. Prior to this, Francis was an Operations Manager for one of the United Kingdom’s largest pharmaceutical companies where he managed a large team of professionals and maintained direct responsibility for all supply chain operations.

When Francis isn’t building the materials and graphics businesses at Exist, you can find him spending time making close friends laugh over a competitive game of Texas Hold’em Poker or traveling.

Amanda Schwarz is the Director of Investor Services for Exponential Property Group. In this capacity, she oversees all aspects of capital raises, investor communications, and database management for our Investor Services team.

Prior to joining Exponential, Amanda spent over two decades in various client and office management capacities. She brings extensive management and interpersonal skills alongside her multifamily real estate experience, making her uniquely qualified to lead in her current role.

Amanda holds a Bachelor’s degree from the University of Illinois. When she isn’t spending time making sure Exponential investors have a top-tier client experience, she loves spending time with her family. She also enjoys hiking with her husband and traveling.

Heather Goodell is the Chief Financial Officer for Exponential Property Group and it’s affiliated companies. In this capacity, she is responsible for leading and growing a team that oversees all Accounting and Financial statement reporting, Federal and State tax reporting, Treasury Management services and other supporting areas for the firm’s various lines of business.

Prior to joining Exponential, Heather served as CFO for RealManage where she supported all Finance and Accounting activities, including deep involvement with middle-market M&A activity for the firm.

Heather is a licensed CPA and holds her Masters of Accountancy from Auburn University Harbert College of Business as well as her Bachelors of Business Administration from Florida Atlantic University. She loves to spend her free time with her family, friends, and reading a good book.

Natasha has deep domain expertise having spent over two decades in multifamily property management and operations. Prior to joining Exponential Property Group as the Director of Operation in 2015, she led property management efforts in various capacities with DD Fire, Pegasus Residential, Guardian Real Estate Services, and United Apartment Group.

When Natasha is not leading her team of over 100 professionals at Exponential, you can find her with her husband traveling with her kids who are avid baseball players. She also acts as the Executive Director of the Martha’s Ranch Foundation, a 501c3 created to provide a source of fun and support tailored for families with autistic children.

Matthew Bays is the Managing Principal and Chief Development Officer for Exponential Property Group as well as the Chief Executive Officer for Exist Multifamily, Exponentials materials and graphics company. Matt oversees the identification and execution of new property development opportunities for the firm, as well as leading and growing the multi-million dollar materials and graphics company.

Matt holds his MBA from Southern Methodist University Cox School of Business as well as his Bachelors of Science from the University of Texas at Austin. When he is not creating new business ideas, or developing new technology, his efforts are directed towards his role as Chairman of the Board for the Martha’s Ranch Foundation, a 501c3 he created alongside his wife to provide a source of fun and support tailored for families with autistic children. When not working, you can find Matt spending time with his wife Kim, son, Jett, or twin step-sons James and Nathan. Matt is an avid traveler and scuba diver.